This is a placeholder for your sticky navigation bar. It should not be visible.

The Who: Greater Than the Sum of Its Parts

They were 4 volatile and vibrant personalities, that sometimes didn’t even like each other, but as a band they stand with The Beatles and The Stones in the holy trinity of rock.

They were instrumental in the development of the Marshall stack, pioneers in the use of feedback and synthesizers, they created the rock opera and have been called the “Grand” fathers of punk.

This is the story of The Who. 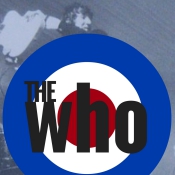 From the war ravaged neighbourhood of Acton to the early 60’s London club scene this episode explores the young lives of Roger, John and Pete. How their environments impacted their musical interests and shaped who they would become and how their initial musical influences of Big Band, Dixieland, Al Jolson, Skiffle and early rock n roll set the creative foundation of this live musical wrecking crew. 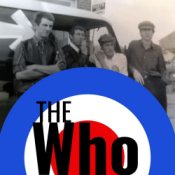 The 1960’s were a transformative decade and the young people growing up in that environment created new approaches to art, fashion and music. London was the centre of the swinging 60’s and the Who was born in that climate of “anything is possible”. On this episode of The Who: Greater Than the Sum of Its Parts Roger, John and Pete start carving out their musical niche in a scene that was transforming rapidly. (photo credit: Doug Sandom)

Take your own journey. Explore the music heard in these episodes.